FAO Esther: an email arrived from Scotland on 22nd July. All The Young Nudes wondered if I might be about in Edinburgh in August, to hold an event with them for the festival. We hadn’t been thinking of it but it was within the scope of my schedule and I didn’t hesitate to book it in. It had been 3 years since my last trip there, with Lucy and Thelma. We had done 3 events across Glasgow (with ATYN) and Edinburgh (with Edinburgh Drawing School at Marchmont St Giles parish church centre, and at Arts Complex, St Margaret’s House).

The event would be held at Studio 24, an alternative nightclub in the heart of the city, and a festival venue. Joanna, director of ATYN, reckoned we could comfortably fit about 10 models in the space. Last time we’d collaborated and I’d put a call out, just 3 models had come forward and all were professional. We had found first-timers for the church gig, but I considered that perhaps ATYN was more daunting at the time, for a newbie. The full-on music and nightclub atmosphere might not suit the more nervous types we were appealing to. It required a certain amount of confidence just to step up to that opportunity in the first place. In addition back then we weren’t so well known, especially in Scotland. It was the first time that such an occasion had been presented and the response was more tentative.

By contrast, this time the people properly groomed by social media no doubt, were ready for us. I was inundated with interest from potential and professional models alike. In the interim years ATYN have expanded and not only operate in Glasgow and Edinburgh, but also with regular weekly sessions in Dundee and Aberdeen. Joanna is furthermore preparing to export her brand of life drawing abroad to beyond the UK and even Europe, such is the popularity and accessibility of her unique set-up.

It seems in many parts of the UK life drawing (and modelling) have expanded, gone mainstream; so it was lovely to feel the increased appetite and enthusiasm. It in fact felt greater than presently in London where ever more similar opportunities are available and there has possibly been a saturation. 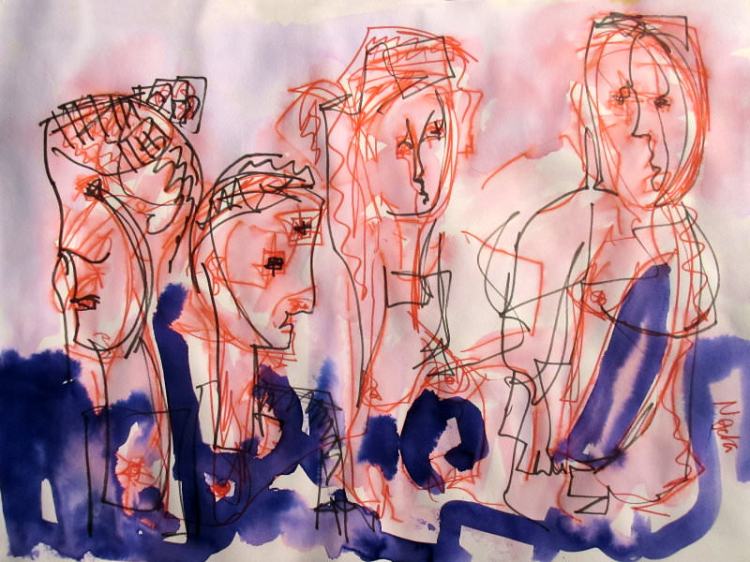 I quickly signed up 10 models – a good mixture of experienced and not, male and female. ATYN are famous for their music playlists and as I constructed a pose schedule including a couple of (now familiar to the scheme) movement poses, I liaised remotely with the music man. I remembered the wonderful eclecticism of the score last time, and while I wouldn’t attempt to unduly affect Pete’s choices, I was really keen to align the movement poses accordingly. A few days before the gig he sent over his Spotify setlist for our session and I spotted Clark’s Upward Evaporation; a suitably timed and ambient piece that lent itself perfectly to the seeds slowly growing into full bloom pose. Also catching my ear was Oneohtrix Point Never’s Ships Without Meaning, perfect for the models in a circle making a chain of movement pose. Just one moves very slowly at a time, until s/he touches the next, and hence the chain of movement.

Having emailed the models with extensive instructions and notes on what to expect, they were already well briefed and we easily got into our groove during the bonus hour before the event in which to practise. We physically ran through the tableaux and I outlined some practicalities. Despite a few last minute cast changes and at one point having a total of 12 models arranged, when the time actually came, there were as originally planned 10 models including my partner Steve. Steve wasn’t in all the poses particularly the shorter ones, rather helping me to photograph them, but he joined in 4.

After a beautiful day climbing Arthur’s seat and the nearby hills, we arrived early and met Charli who was managing for ATYN, as well as Keira who was also involved. We set up a space against a brightly painted wall of the rectangular space, opposite the bar. There was strong (blinding) lighting directed on the model space, and a separate corner allocated for models’ belongings. The DJ booth was in another corner and Charli was happy to manage the music so that it was quiet when I needed to address models between poses, for the set-up and let the artists know the pose length.

I was really pleased with how smoothly everything ran, all the models working so well together (mostly strangers to each other) and good vibes all round. Here is the pose schedule as it finally flowed on the night (some poses were shorter than planned as the break was longer, and set-up each time had to be factored in too);

Here are some more images from the session. 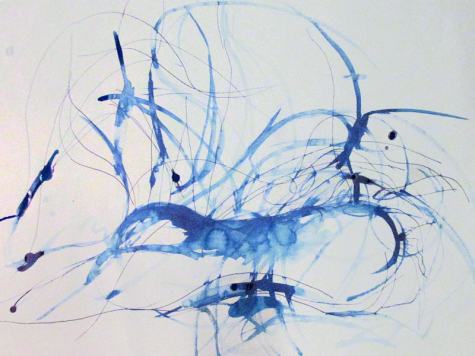 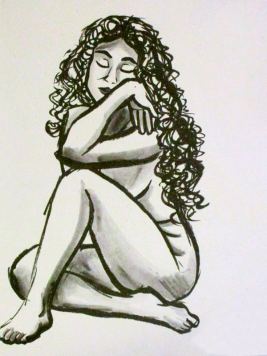 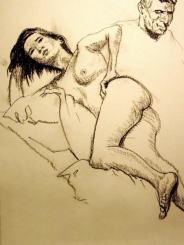 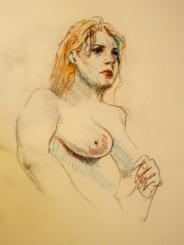 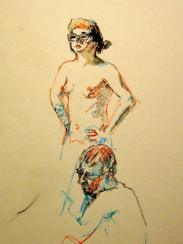 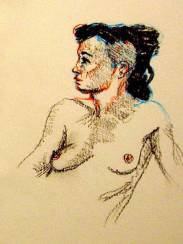 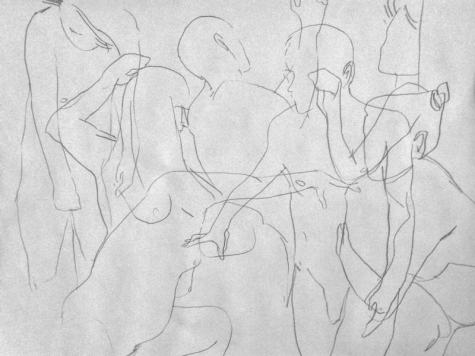 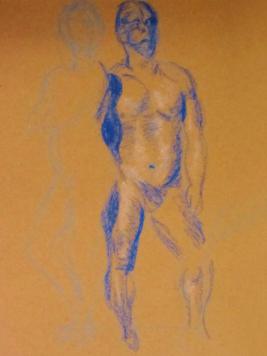 And here is a little feedback from one of the models I want to share;

“So glad I got to take part in this and can’t thank you enough for the opportunity! Modelling together for the first time was definitely the best way, I as a new comer to life modelling could get inspiration of others and also connecting with people in such a vunerable setting is inspirational and phenomenal! The moving poses were one of my favourites both the short growing pose and the group connecting and moving with one touch was so unique and inspiring! I really hope to take this experience and use it as inspiration if I ever get another chance to do this again! Thank you again and hope to see you again!” Aimee. 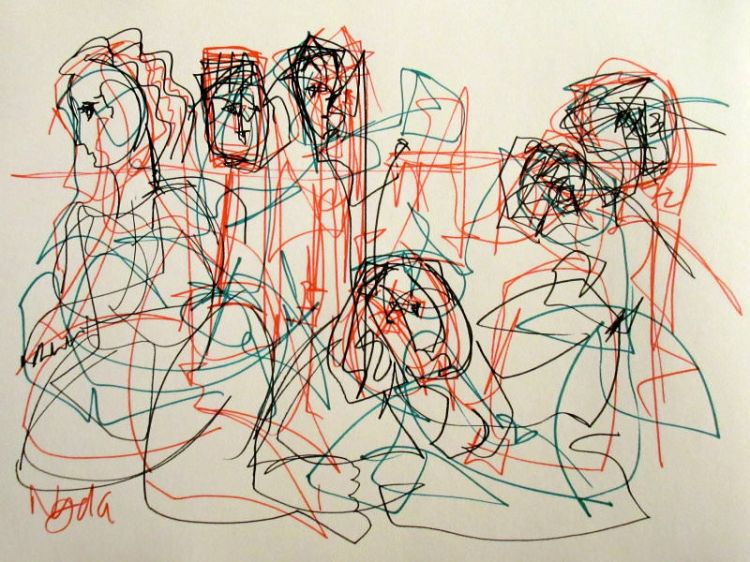 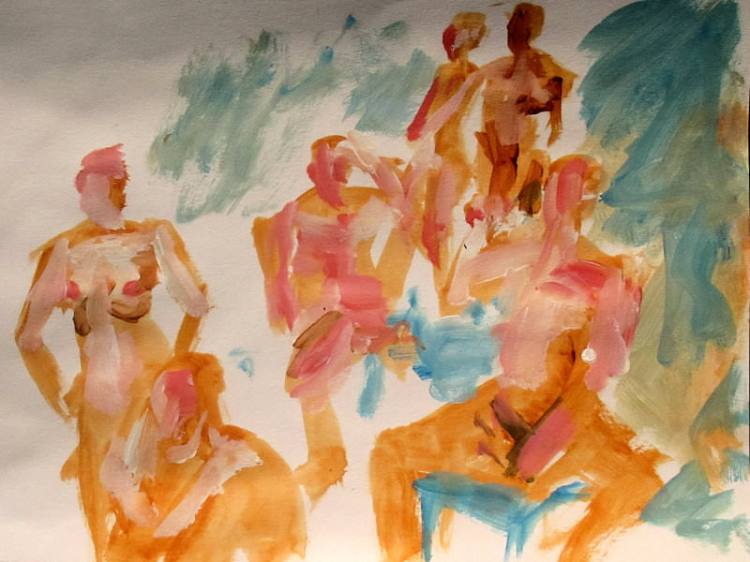 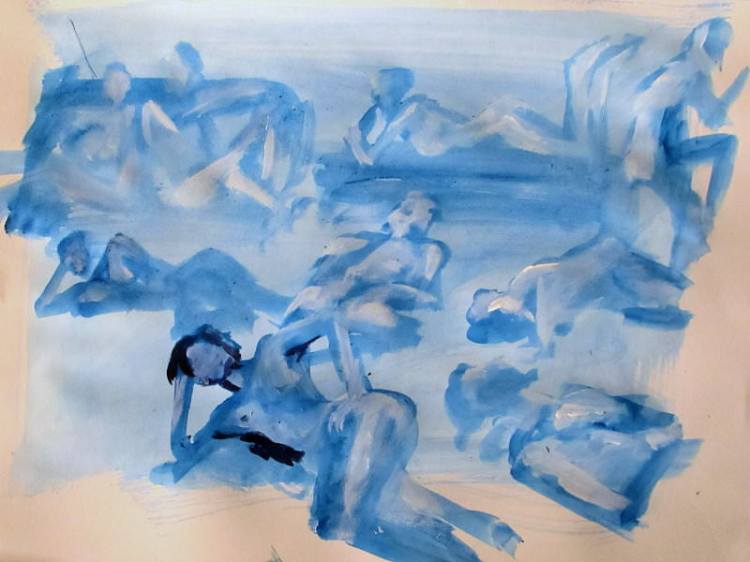 We look forward to taking Spirited Bodies to Scotland again sometime, as well as to other destinations. With gratitude for this beautiful calling.

Steve will also be documenting the event shortly on his blog, with quite a few more of the superb photos!

One thought on “All the Spirited Nudes, in Edinburgh”