Our recent events left us with much to celebrate, and think about. The ‘Naked Date’ was successful, went really smoothly, though admittedly for myself was eclipsed by putting on my first life drawing play, ‘Girl in Suitcase’. Lucy found all the models and many wanted to go into life modelling so there was less of a transformative angle, although still some, which I suppose made it slightly less moving, but far more relaxing. It felt more like we are an agency by which people may enter life modelling, so if it were to continue that way, I feel we would have to charge. Previously more women involved were overcoming body confidence issues so there was another satisfaction and a sense of giving back something of what we have gained not just in terms of know-how and encouragement, but also something that has helped us become who we are. The trickier task however of organising that sort of event, also requires funding, if not from the women themselves, then sponsorship, which while desirable, competes with my playwrighting/performing ambitions.

The play came together in a short space of time and managed to accommodate several cast changes. I drew heavily on scripts I’d written a couple of years ago, one of which about Mum struggling with MS, is a bit close to the bone. I had thought I’d prefer performing in Edinburgh to relative strangers, yet it was the home audience of family – including my parents – and friends that helped my personal piece to resonate. Technically Jaki, Aaron and I mastered the show more in Scotland, but I didn’t have the same adrenaline there. True, when we were streamed live on the Saturday evening some of those tingles came back, but I know a good live audience is of course what this play needs. 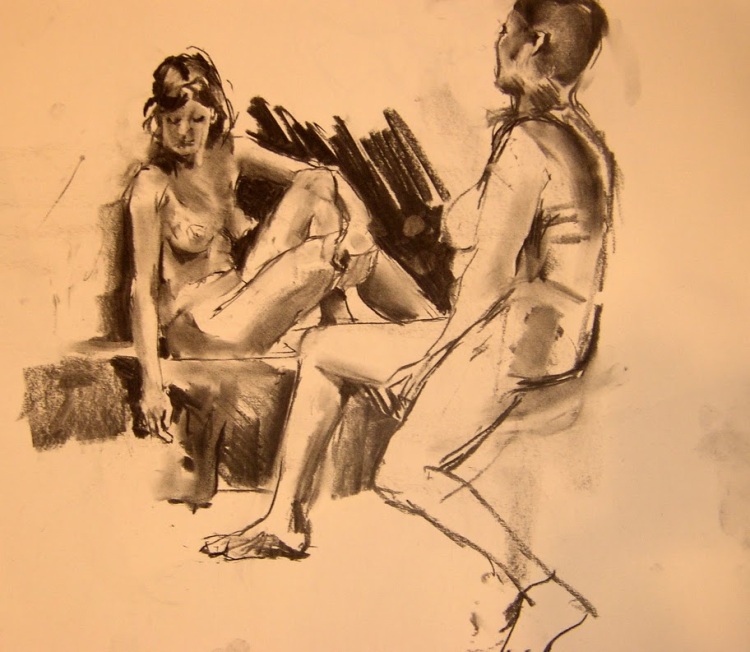 That’s not to say the Edinburgh audiences weren’t appreciative; they just weren’t large enough to really settle into. It felt like there was more room in the space for me to notice anything lacking, which while also being a state of mind, is nevertheless a factor when involving audience participation. The idea being that all the audience draws, so if only a few are present, it can be trickier to rally them on if they are unprepared for a good half hour of drawing. That didn’t stop me from accosting any unengaged hands during the show, but I guess if you’re new to it, it would be easier to relax with some charcoal if you felt surrounded by others in a similar boat. Still it meant I could spot the novices more easily haha!

The London venue, Mascara Bar, invited us back immediately and lots of people were very positive about it there. I’m not sure if I’d re-perform the play as it is, as I would very much like to write more of a fresh script, and have plenty new ideas.

One very valuable comment from an audience member at Mascara, was to include Jaki the actress playing my Mum in the modelling, and encourage the audience to draw her too. This made absolute sense with the meaning of the play and the fact that the character is paralysed, and was duly incorporated in Edinburgh.

Not having been told to draw Jaki didn’t stop my Dad from sketching a small army of her wheelchair-bound character! Indeed Jaki kept her facial expressions for the character Sara the entire time on stage so this was more character modelling than life. 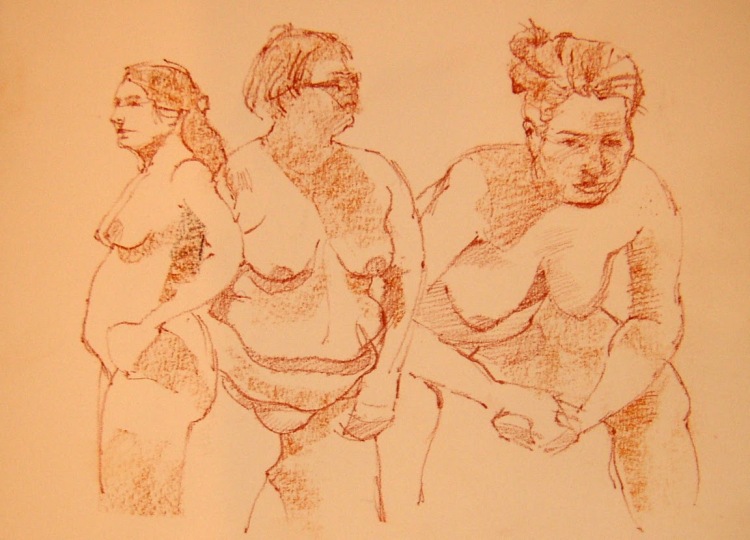