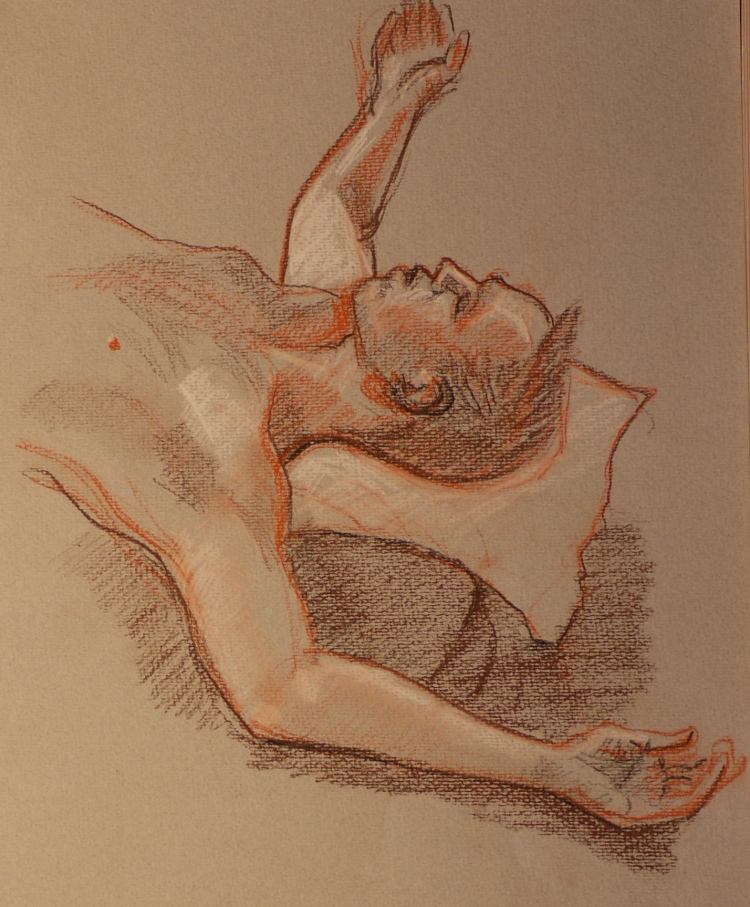 It was serving tea and biscuits that had got me into modelling. Who’d have thought? Here I was l cast amidst all these artists and naked bodies, seemingly devoid of shame. It wasn’t meant as an apprenticeship but it served me well in the end.

People had hinted that I might give it a try and artists were always asking if I modelled, as I proffered fig rolls and chocolate digestives, but I always slightly recoiled when I thought about the idea – I mean really, me? Whilst I was no stranger to acting before a crowd of unknowns, how could I do the same with no clothes on? Then I thought, hmn, but on the stage you are still naked out there, performing, acting, being. Wasn’t modelling just the same?  Wasn’t it also a performance, conveying a look, a feeling an emotion just as an actor would? The only difference was the lack of costume.

My biggest hurdle was that I had forgotten how to love my body. The possible reconnection with it that I felt modelling would bring excited me. I would say it was my primary reason at first for doing it.  The world of men has changed in my lifetime. Now we have make-up for men, semi nude images of men on giant billboards are commonplace and body fascism has crossed over from gay club to straight gym.  As a gay male I can say that I felt this more acutely than most and had ended up embarrassed of my body. 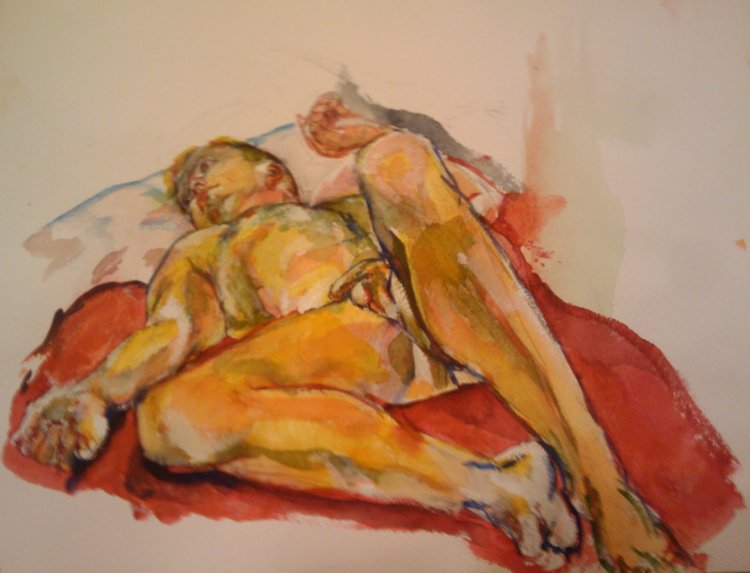 I don’t know if I would have become a model without the assistance of Spirited Bodies, events like theirs help you find your feet and even had I not liked it, then at least I’d given it a go.  I arrived at the gallery at the allotted hour, making a couple of casual jokes to friends of mine that I’d got involved, about member shrinkage (as well as the opposite problem). It calmed our nerves a bit. But no time for that, suddenly it seemed we we’re on, cue lights! Then all done, exhilarated a touch bewildered, we models swapped stories in the changing area – this time no bashfulness. We were naked but we weren’t. It all seemed so normal.

That must be some six months ago now. I still remember the initial advice we got at that event: understanding what poses can be maintained comfortably and what can’t, understanding the power you have being the naked one, and working with the artist. I still get it wrong on the poses of course, but it’s all the fun of the fair. You learn from experience. I even surprised myself with how knowledgeable and experienced I sounded when meeting artists for the first time.

As Ru Paul once said: ‘we’re all born naked, all the rest is drag’. We talk of being ‘naked’ as a metaphor and it has only been through modelling that I have truly understood it. To remove your clothes to a public audience makes you feel vulnerable, but this vulnerability has helped me gain strength. I’ve all but lost my feelings of my body letting me down. It’s funny, I don’t know when I first noticed it but I suddenly thought that it didn’t matter what I looked like. I started to like myself from the inside out. The drag that we wear because of convention is just that. My experience of modelling and now being a professional model has literally stripped away much of my negative bodily associations. I always knew that modelling would do this for me. I just didn’t realise how much.

One thought on “Spirited Bodies follow-ups Part 2: All The Rest Is Drag”